With a presence in 26 countries worldwide and employing over 2,600 staff, Robert Walters comes in at number 5 in theJobCrowd’s Top 100 Smaller Companies For Graduates To Work For in 2014/2015. As a recruitment consultancy firm founded in London in 1985, the brand’s growth story is remarkable. Robert Walters places a particular focus on specialists teams and unlike other recruitment consultancies, does not operate on a commission basis and instead relies on teamwork to ensure the right candidate is placed in the best job.

Based on reviews from their own graduates, Robert Walters scored a rating of 4.3 / 5 overall. Scored for colleagues were particularly high at 4.6, with career progression also doing well, rated second highest at 4.4.

The average salary received by employees at Robert Walters was £21,000 – £23,000, with some reviewers explaining that there was a team bonus given and another adding that there is a ‘great opportunity to earn healthy bonuses every quarter’. Average working hours were from 8am to 6pm, with a focus on flexibility described by some graduates, although as one graduate put it, ‘If you end up staying late it’s not because you have to but you want to.’

The best and worst things about working for Robert Walters included;

‘A fun culture, opportunities to transfer to offices abroad, opportunity to grow within the company, the satisfaction of hitting targets, the location. Long hours’

‘Loads of great incentives and amazing management and training. The unpredictable nature of candidates and clients.’

Interview tips given by the graduates included honesty and professionalism. One graduate advised candidates to ‘Be yourself, don’t just tell them what they want to hear. If they push then push back, just make sure you get your personality across…’  whilst another graduate said ‘Interview prep is key, know who you are meeting and about the business’.

Interested in finding out more about a career with Robert Walters? You can find the full range of reviews here!

Previous article
What's it really like to work on a rotational retail graduate scheme?
Next article
Employer in focus: Angela Mortimer Group

Interview Tips That Will Help You Get the Job 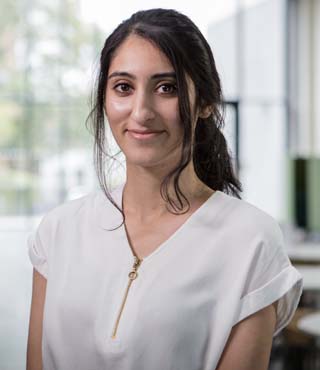 1
Have your own questions prepared. It's your turn! As the interview comes to a close, one of the final questions you may be asked is "What can I answer for you?" Your interviewer will expect you to have...
2
Research the Company. Do your homework about the employer and the industry so you are ready for the interview question "What do you know about this company?"
Read more job interview tips
© Copyright TheJobCrowd 2022 - Terms & Conditions - Privacy Website by PRG Marketing Ltd