Is learning a language while studying the key to a successful career?

Home > Blog > Is learning a language while studying the key to a successful career?

While studying at university there are often programmes available to either combine a language with your main area of study or subsidised language classes available. This therefore provides an opportunity to adopt a new skill with little cost, but lots of time, involved. As a university student, what benefits can language learning provide to help improve your career prospects?

A recent study carried out by Rosetta Stone found that the majority of UK residents only speak one language. 58% of the same group surveyed believed that knowing a second language would benefit a person’s career.

Here are some of the benefits:

Some roles require fluency in a second language in order for you application to even be considered. For example a number of roles in recruitment ask for a European language so that you are able to recruit prospects from further afield than just the UK. By learning a language you are able to apply for roles that other candidates cannot.

Bigger companies often have offices worldwide in countries where English is not the first language. Knowing a second language that is widely spoken can lead to travel and work abroad with your future employer. If relocating with work appeals to you consider that knowing the language of your preferred location is essential.

When asked by Rosetta Stone as part of the same study, a number of HR representatives and recruiters saw language learning as something that makes a CV stand out. It demonstrates someone’s ability to learn and makes them more marketable to employers. One recruiter stated that strong knowledge of another language DOUBLES a candidate’s chances of being interviewed!

Teaches you how to learn a new skill

Learning a language uses a different part of your brain that you may not have used since school. Once you have learnt one language and understand how the language itself works it is often much easier to learn a second language, especially if it is in the same language family. If you’re serious about international opportunities then languages are key to your success.

It is clear that for the career-driven a language can open up a whole new world of international opportunities and can demonstrate your ability to learn new skills to employers. University is one of the best opportunities to explore a second language, so why not give it a try?

Previous article
Employer in Focus: Allianz Insurance
Next article
5 Tips when preparing for your next job interview

Interview Tips That Will Help You Get the Job 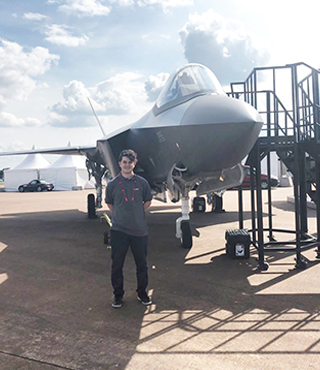 1
Have your own questions prepared. It's your turn! As the interview comes to a close, one of the final questions you may be asked is "What can I answer for you?" Your interviewer will expect you to have...
2
Research the Company. Do your homework about the employer and the industry so you are ready for the interview question "What do you know about this company?"
Read more job interview tips
© Copyright TheJobCrowd 2020 - Terms & Conditions - Privacy Website by PRG Marketing Ltd